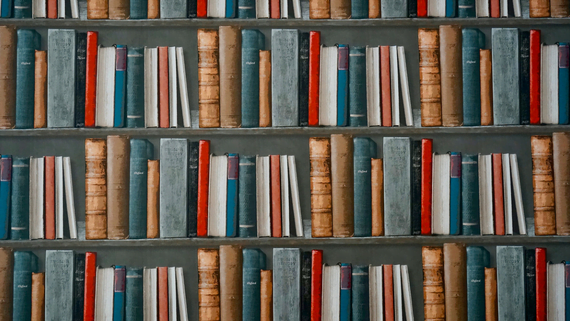 Writing more than 400 years ago in a land and culture far removed from our own, the question is worth asking: Is Shakespeare, or has Shakespeare ever been, relevant to us? While the bard’s continued grip on the West can certainly be attributable to historicity and the need for cultural continuity — we have our own legends and stories here both local and carried upon the shoulders of our ancestors — can we make the same argument in all earnestness? Or perhaps Shakespeare is so inseparable from English literature that to read the English story is to doff one’s cap to him?

It is not within the remit of this article to question the validity of the claim, i.e. that “Shakespeare reveals a different face to different cultures and different people at different times”, but it is sufficient for our purposes to agree that Shakespeare’s plays and sonnets remain an integral part of our cultural imagination, even as far removed away as we are from Stratford-upon-Avon. Romeo and Juliet is still the love story par excellence, Hamlet remains the tragic existentialist, and Caesar’s Brutus the betrayer above all other betrayers, Judas notwithstanding.

It is these characters, these faces, these ideas —arguably so foundationally representative of the  human psyche — that keep the bard relevant. And it is these ideas also that have inspired a new generation of writers to reimagine and retell the stories in contexts that find greater resonance with the contemporary reader.

Enter the Hogarth Shakespeare project, which invites modern novelists to reimagine some of his most celebrated plays.

Dunbar by Edward St Aubyn
A reimagining of one of Shakespeare’s most well-read tragedies, King Lear, Dunbar is an excoriating novel for and of our times — an examination of power, money and the value of forgiveness.

Henry Dunbar, the once all-powerful head of a global media corporation, is not having a good day. In his dotage he hands over care of the corporation to his two eldest daughters, Abby and Megan, but as relations sour, he starts to doubt the wisdom of past decisions. Now imprisoned in Meadowmeade, an upscale sanatorium in rural England, with only a demented alcoholic comedian as company, Dunbar starts planning his escape. As he flees into the hills, his family is hot on his heels. But who will find him first, his beloved youngest daughter, Florence, or the tigresses Abby and Megan, so keen to divest him of his estate? (RM52.90)

The Gap of Time by Jeanette Winterson
The Winter’s Tale is one of Shakespeare’s “late plays” that tells the story of a king whose jealousy results in the banishment of his baby daughter and the death of his beautiful wife. His daughter is found and brought up by a shepherd on the Bohemian coast, but through a series of extraordinary events, father and daughter, and eventually mother too, are reunited.

In The Gap of Time, Jeanette Winterson’s cover version of The Winter’s Tale, we move from London, a city reeling after the 2008 financial crisis, to a storm-ravaged American city called New Bohemia. Her story is one of childhood friendship, money, status, technology and the elliptical nature of time. Written with energy and wit, this is a story of the consuming power of jealousy on the one hand, and redemption and the enduring love of a lost child on the other. (RM59.90)

Felix is at the top of his game as artistic director of the Makeshiweg Theatre Festival. His productions have amazed and confounded. Now he’s staging a Tempest like no other: Not only will it boost his reputation, it will heal emotional wounds. Or that was the plan. Instead, after an act of unforeseen treachery, Felix is living in exile in a backwoods hovel, haunted by memories of his beloved lost daughter, Miranda. He’s also plotting revenge.

After 12 years, revenge finally arrives in the shape of a theatre course at a nearby prison. Here, Felix and his inmate actors will put on his Tempest and snare the traitors who destroyed him. It’s magic! But will it remake Felix as his enemies fall? Atwood’s novel take on Shakespeare’s play of enchantment, retribution, and second chances leads us on an interactive, illusion-ridden journey filled with new surprises and wonders of its own. (RM55.90)

Shylock is My Name by Howard Jacobson
Man Booker Prize-winner Howard Jacobson brings his singular brilliance to this modern re-imagining of one of Shakespeare’s most unforgettable characters: Shylock

Winter, a cemetery, Shylock. In this provocative and profound interpretation of The Merchant of Venice, Shylock is juxtaposed against his present-day counterpart in the character of art dealer and conflicted father Simon Strulovitch. With characteristic irony, Jacobson presents Shylock as a man of incisive wit and passion, concerned still with questions of identity, parenthood, anti-Semitism and revenge.

While Strulovich struggles to reconcile himself to his daughter Beatrice’s “betrayal” of her family and heritage — as she is carried away by the excitement of Manchester high society, and into the arms of a footballer notorious for giving a Nazi salute on the field — Shylock alternates grief for his beloved wife with rage against his own daughter’s rejection of her Jewish upbringing. Culminating in a shocking twist on Shylock’s demand for the infamous pound of flesh, Jacobson’s insightful retelling examines contemporary, acutely relevant questions of Jewish identity while maintaining a poignant sympathy for its characters and a genuine spiritual kinship with its antecedent — a drama which Jacobson himself considers to be “the most troubling of Shakespeare’s plays for anyone, but, for an English novelist who happens to be Jewish, also the most challenging”. (RM59.90)

Arriving at his fifth school in as many years, diplomat’s son, Osei Kokote, knows he needs an ally if he is to survive his first day — so he’s lucky to hit it off with Dee, the most popular girl in school. But one student can’t stand to witness this budding relationship: Ian decides to destroy the friendship between the black boy and the golden girl. By the end of the day, the school and its key players — teachers and pupils alike — will never be the same again. Chevalier’s powerful drama of friends torn apart by jealousy, bullying and betrayal will leave you reeling. (RM52.90)

Macbeth by Jo Nesbo
Set in the 1970s in a run-down, rainy industrial town, Jo Nesbo’s Macbeth centres around a police force struggling to shed an incessant drug problem. Duncan, chief of police, is idealistic and visionary, a dream to the townspeople but a nightmare for criminals. The drug trade is ruled by two drug lords, one of whom — a master of manipulation named Hecate — has connections with the highest in power, and plans to use them to get his way.

Hecate’s plot hinges on steadily, insidiously manipulating Inspector Macbeth: the head of SWAT and a man already susceptible to violent and paranoid tendencies. What follows is an unputdownable story of love and guilt, political ambition, and greed for more, exploring the darkest corners of human nature, and the aspirations of the criminal mind. (Trade paperback, RM79.90)