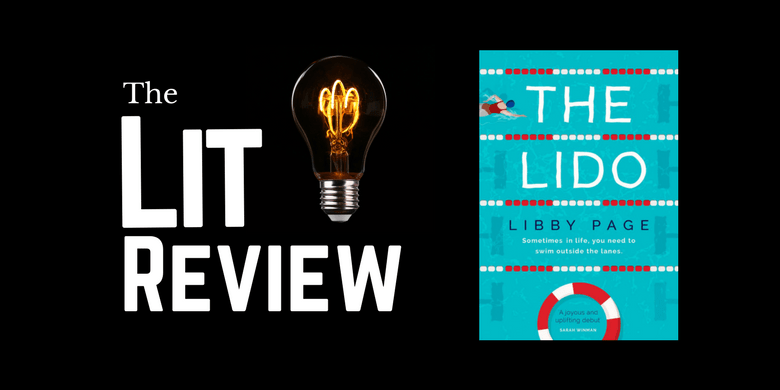 Who: Libby Page wrote The Lido while working in marketing and moonlighting as a writer. She graduated from the London College of Fashion with a BA in Fashion Journalism before going on to work as a journalist at The Guardian. The Lido is her debut novel.

What: The Lido’s story isn’t unfamiliar: the Brockwell Lido, an outdoor swimming area in Brixton, a district of South London, is under threat of redevelopment. Luxury property developer Paradise Living intends to buy over the lido from the district council, fill the pool with cement, and transform the lido into a private gym for their property owners. Octogenarian Rosemary Peterson who has been swimming in the lido since she was a child will have nothing doing with the plan and marshals the swimmers of Brockwell Lido to oppose the sale.

The citizen’s action group catches the interest of local rag the Brixton Chronicle, which sends junior reporter Kate to cover the story. Kate, as we are introduced to her, is a mousy 20-something, leading a lonely existence occasionally blighted by anxiety attacks. Because of her social dysfunction, her day-to-day is a long, repetitive walk in a corridor of darkness and silence, avoiding people and with her head stuck firmly looking at the ground. Her evenings are spent watching documentaries with titles such as The Boy who Wants to Cut off His Arm and she “drinks one glass [of wine] too many, because it makes her head feel foggy which is better than being conscious of fear sitting on her shoulder and the cloud above her head”.

Everything changes when Rosemary takes Kate under her wing, and insists that Kate take a swim before consenting to an interview for the newspaper. The pool has a transformative effect on Kate who feels her anxiety float away in the pool, and steadily, a friendship and bond develops between her and the older woman. Rosemary would introduce Kate to her small, large life in the neighbourhood. Rosemary is not only a staple at the lido but also in the surrounding neighbourhood. Kate begins to find her place in the neighbourhood, develops a greater sense of self and starts to engage with the people around her, and, like Rosemary, becomes personally invested in saving the community pool. Opposition to the lido sale begins with community action — pamphlets and petitions — which further emboldens Kate who eventually takes the mantle of leadership over from Rosemary. Her newfound confidence also positively affects her work, love life, and in coming to terms with ghosts from her past.

Why: The Lido is an unabashed feel-good book. Extolling the virtues of community, friendship and a smaller life, The Lido feels a bit iconoclastic in the current YOLO climate. But extol those virtues it does, and in such a charming way that one forgives the sometimes clumsy tugs on the heartstrings; arguably, the story could not have been written any other way. On the plus side, the book does not rail against gentrification: change is inexorable, but can be delayed.

The Lido joins other recent books in the so-called sub-genre of Up Lit, which, loosely defined, are stories that celebrate kindness, compassion and friendship. These titles do not sugarcoat or trivialise the realities of life, nor do they employ magical or spiritual vehicles a la Paulo Coelho’s The Alchemist to create a world where wishful thinking becomes reality. Authors of these books argue that we live in harsh, uncaring times but if there is room for kindness and compassion in real life, so there is in stories. “It’s about facing devastation, cruelty, hardship and loneliness and then saying: ‘But there is still this.’ Kindness isn’t just giving somebody something when you have everything. Kindness is having nothing and then holding out your hand,” Rachel Joyce, the author of international bestseller The Unlikely Pilgrimage of Harold Fry, says.

While it’s a bit reductivist to suggest, as the book does, that anxiety and mental illness is inexorably linked to isolation and disengagement, but recent studies such as this one lend some credence, not uncontroversially, to what we all suspect: Social isolation increases risk of depression, and the proliferation of technology contributes to increased social isolation. The lido, from this perspective, becomes more than just a day out in the swimming pool but an exhortation for the latent need to belong and for recognition.

Sad bits are unavoidable in these stories. In one scene, we see Rosemary walking down a quiet street one evening on her own, and struggles her way through the crowd in a chic, up-market cocktail bar. She climbs up to the bar amidst the reveling London crowd and orders an Old Fashioned. “Around her crowds of young people laugh and drink from jugs filled with ice, brightly coloured cocktails and retro paper umbrellas. She is flanked by two couples in deep conversation, their backs to her. If they looked up they would see a faded green sign above the cocktail bar that says ‘Fresh Fruit and Vegetables: Peterson & Son’.” Killer.

Verdict: A life- and kindness-affirming story that makes one wistful for a past that perhaps never was. (7.5/10)

Thanks to Pansing Distribution for an advance reading copy of this book.