Cooking supper was the favourite pastime of many inmates in Singapore’s prisons and Drug Rehabilitation Centres (DRCs) during the 1970s and 1980s. It was carried out illegally, inside their cells or dormitories, and carefully timed to avoid the warders’ scheduled patrols. Chamber pot and mugs were used as cooking pots, plastic bags and blankets turned into fuel. The inmates, mostly male and Chinese, called this elaborate operation “masak”, which means “to cook” in Malay.

When Cooking Was A Crime offers a rare glimpse into the flavours of prison life based on the memories of eight former inmates. It explores how food took on new meanings and tastes for those behind bars through interviews and texts by Sheere Ng and photographic recreations of 35 objects and dishes by Don Wong. 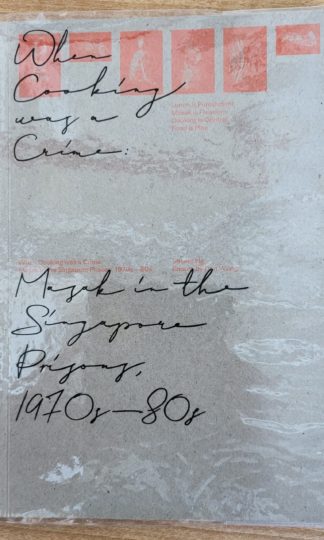 You're viewing: When Cooking was a Crime: Masak in the Singapore Prisons, 1970s-1980s RM130.00
Add to cart
Join Waitlist We'll alert you as soon as the product comes back in stock! Please leave your email address and quantity sought in the fields below.