Revisit the timeless classic in this graphic retelling of Tolstoy’s celebrated 1869 novel. In this beautifully rendered graphic adaptation, both fans and newcomers alike will be immersed in the world of War and Peace, one of the most celebrated Russian novels of all time, about the misadventures of Pyotr Kirillovich, Ilya Rostov, and company during the Napoleonic era of Russia. With richly detailed settings recreating the villas and ballrooms of 19th century Russia, character design based on the real-life inspirations for the figures in the book, and visual depictions of elements from the original text, War and Peace: The Graphic Novel brings Tolstoy’s masterpiece to life as never before.

Including forewords from Russian literature experts from the Moscow Central Library and the Leo Tolstoy Library in Moscow, this graphic adaptation distills the major plotlines and characters of the sprawling epic for readers to experience this classic novel in a whole new way. 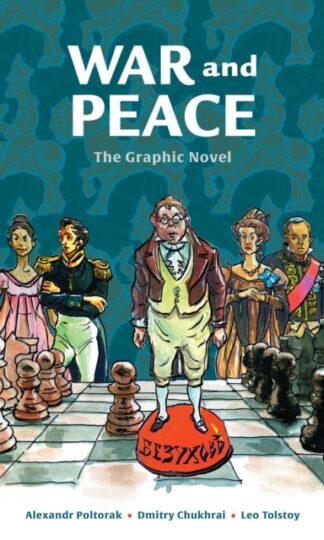 You're viewing: War and Peace RM93.95
Add to cart
Join Waitlist We'll alert you as soon as the product comes back in stock! Please leave your email address and quantity sought in the fields below.