Eighteen strange, whimsical, and philosophical tales by the Russian master of the weird, all now in English for the very first time.

When Comrade Punt does not wake up one Moscow morning–he has died–his pants dash off to work without him. The ambitious pants soon have their own office and secretary. So begins the first of eighteen superb examples of Sigizmund Krzhizhanovsky’s philosophical and phantasmagorical stories. Where the stories included in two earlier NYRB collections (Memories of the Future and Autobiography of a Corpse) are denser and darker, the creations in Unwitting Street are on the lighter side: an ancient goblet brimful of self-replenishing wine drives its owner into the drink; a hypnotist’s attempt to turn a fly into an elephant backfires; a philosopher’s free-floating thought struggles against being “enlettered” in type and entombed in a book; the soul of a politician turned chess master winds up in one of his pawns; an unsentimental parrot journeys from prewar Austria to Soviet Russia. 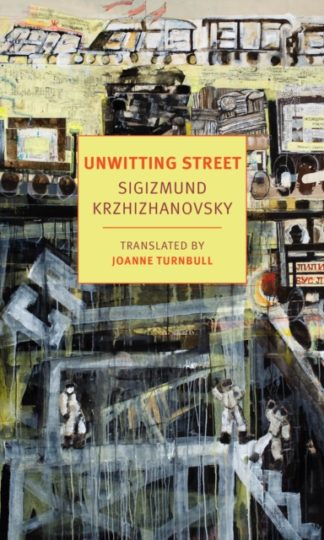 You're viewing: Unwitting Street RM79.95
Add to cart
Join Waitlist We'll alert you as soon as the product comes back in stock! Please leave your email address and quantity sought in the fields below.