Troy. The most marvellous kingdom in all the world. Paris the Trojan has kidnapped Helen, Greek queen and most beautiful woman of the ancient world. A thousand ships give chase and lay siege to Troy. Yet the city stands resolutely against Greek might.

Only invulnerable Achilles and wily Odysseus may lead them to victory – but the passions of mortals merely amuse the Gods and blood is easily spilled on distant shores . . .

‘A fun romp through the world’s greatest story. Fry’s knowledge of the world – ancient and modern – bursts through’ Daily Telegraph 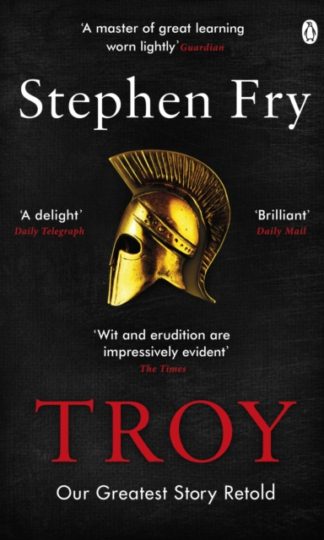 You're viewing: Troy RM61.50
Add to cart
Join Waitlist We'll alert you as soon as the product comes back in stock! Please leave your email address and quantity sought in the fields below.