Pacific Rim meets The Martian in the explosive follow-up to Sleeping Giants (‘;One of the most promising series kickoffs in recent memory.’NPR) and Waking Gods (‘;Pure, unadulterated literary escapism.’Kirkus Reviews).

Brilliant scientist Rose Franklin has devoted her adult life to solving the mystery she accidentally stumbled upon as a child: a huge metal hand buried beneath the ground outside Deadwood, South Dakota. The discovery set in motion a cataclysmic chain of events with geopolitical ramifications. Rose and the Earth Defense Corps raced to master the enigmatic technology, as giant robots suddenly descended on Earth’s most populous cities, killing one hundred million people in the process.

Though Rose and her team were able to fend off the attack, their victory was short-lived. The mysterious invaders retreated, disappearing from the shattered planet . .

. but they took the scientist and her crew with them.

Now, after nearly ten years on another world, Rose returns to find a devastating new warthis time between humans. America and Russia are locked in combat, fighting to fill the power vacuum left behind after the invasion.

Families are torn apart, friends become bitter enemies, and countries collapse in the wake of the battling superpowers. It appears the aliens left behind their titanic death machines so humankind will obliterate itself. Rose is determined to find a solution, whatever it takes.

But will she become a pawn in a doomsday game no one can win?

Praise for Only Human

‘;This action-packed tale with apocalyptic stakes is a fitting finale to this wonderfully cinematic series.’Publishers Weekly

‘;Series fans will be eager for Neuvel’s ever-so-satisfying conclusion to his rip-roaring science-fiction adventure tale.’Booklist 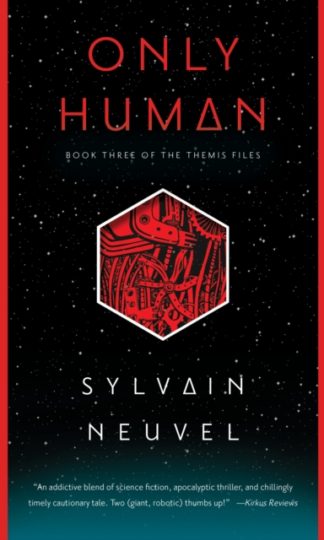 You're viewing: Themis Files 3: Only Human RM46.50
Add to cart
Join Waitlist We'll alert you as soon as the product comes back in stock! Please leave your email address and quantity sought in the fields below.