A century after its first publication, this book is still capable of shocking. The opening satire is probably meaningful only to scholars of French political history, but the subsequent journey into the Far East accentuates connections between love and death, sex and depravity, fastidiousness and pleasure. And the petty, parochial corruptions of the narrator are put into context by the immersion into the Sadeian world of the Torture Garden. The Times ‘This hideously decadent fin de siecle novel by the French anarchist Mirbeau has become an underground classic. A cynical first half exposes the rottenness of politics, commerce and the petit bourgeois; in the second half, our totally corrupt narrator travels to China and meets the extraordinary Clara. She shows him the Torture Garden, a place of exotic flowers and baroque sadism. There are satirical and allegorical dimensions, but it remains irreducibly horrible.’ Phil Baker in The Sunday Times ‘First published in 1899, the same year as Conrad’s Heart of Darkness(which, in a sado-masochistic way, it mirrors), this short tale takes place in a Far Eastern garden in which torture is practised as an art form. Amidst exquisite flowers and gorgeous fauna, bodies are sliced, flayed and prised open with sumptuous artisanal skill, the whole scene rendered in prose as visceral and tender as the action it describes. When the staid realist novels of the mid-20th century have been consigned to the oblivion they so richly deserve, this text will be remembered as a classic.’ Tom McCarthy in Esquire 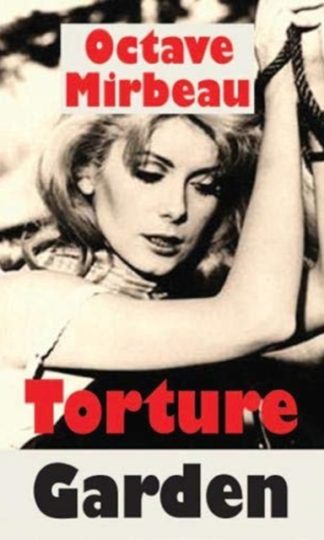 You're viewing: The Torture Garden RM67.90
Add to cart
Join Waitlist We'll alert you as soon as the product comes back in stock! Please leave your email address and quantity sought in the fields below.