Over the course of a few days in the fall of 2015, the sophisticated and awkward, wry and beautiful Mathilde upends her tidy world. She takes a short leave from her job at one of New York’s leading auction houses and follows her best friend Gretchen on an impromptu trip to Paris. While there, she confronts her late mother’s hidden life, attempts to rein in Gretchen’s encounters with an aloof and withholding sometime-boyfriend, and faces the traumatic loss of both her parents when she was a teenager.

Reeling between New York, Paris, Munich London, and Berlin, The Superrationals is an erotic and darkly comic story about female friendship, set at the intersection between counterculture and the multimillion dollar art industry. Mathilde takes short, perceptive notes on artworks as a way to organize her own chaotic thoughts and life. Featuring a bitchy gossip chorus within a larger carousel of voices, The Superrationals coolly surveys the international art and media worlds while exploring game theory, the uncanny, and psychoanalysis. Written in the “Young Girl” tradition of Michelle Bernstein’s All The King’s Horses, Bernadette Corporation’s Reena Spaulings and Natasha Stagg’s Surveys, The Superrationals confronts the complexity of building narrative in life and on the page and the instability that lies at the heart of everything. 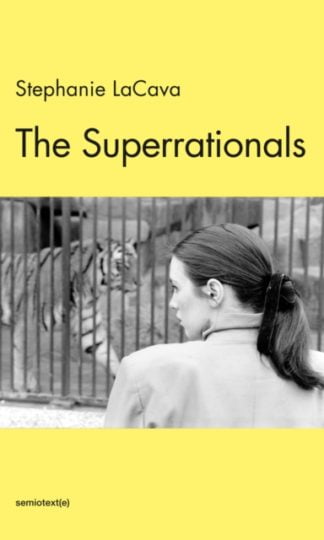 You're viewing: The Superrationals RM79.90
Add to cart
Join Waitlist We'll alert you as soon as the product comes back in stock! Please leave your email address and quantity sought in the fields below.