Return to the Scholomance – and face an even deadlier graduation – in the stunning sequel to the ground-breaking, Sunday Times bestselling A Deadly Education.

The dark school of magic has always done its best to devour its students, but now that El has reached her final year — and somehow won herself a handful of allies along the way — it’s suddenly developed a very particular craving . . .

As the savagery of the school ramps up, El is determined that she will not give in; not to the mals, not to fate, and especially not to the Scholomance.

But as the spectre of graduation looms — the deadly final ritual that leaves few students alive — if she and her allies are to make it out, El will need to realise that sometimes winning the game means throwing out all the rules.
_______________________________
Wry, witty, endlessly inventive, and mordantly funny — yet with a true depth and fierce justice at its heart — this enchanting novel reminds us that there are far more important things than mere survival. 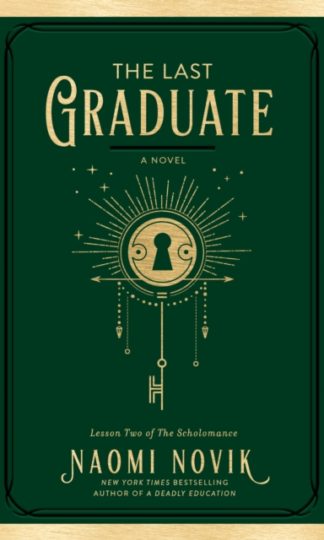 You're viewing: The Scholomance #02: The Last Graduate (UK Ed) RM89.90
Add to cart
Join Waitlist We'll alert you as soon as the product comes back in stock! Please leave your email address and quantity sought in the fields below.