The Passion According to G.H

G.H., a well-to-do Rio sculptress, enters the room of her maid, which is as clear and white ‘as in an insane asylum from which dangerous objects have been removed’. There she sees a cockroach – black, dusty, prehistoric – crawling out of the wardrobe and, panicking, slams the door on it. Her irresistible fascination with the dying insect provokes a spiritual crisis, in which she questions her place in the universe and her very identity, propelling her towards an act of shocking transgression. Clarice Lispector’s spare, deeply disturbing yet luminous novel transforms language into something otherworldly, and is one of her most unsettling and compelling works. Translated by Idra Novey With an Introduction by Caetano Veloso ‘One of the twentieth century’s most mysterious writers.’ Orhan Pamuk ‘The premier Latin American woman prose writer of this century.’ The New York Times Book Review 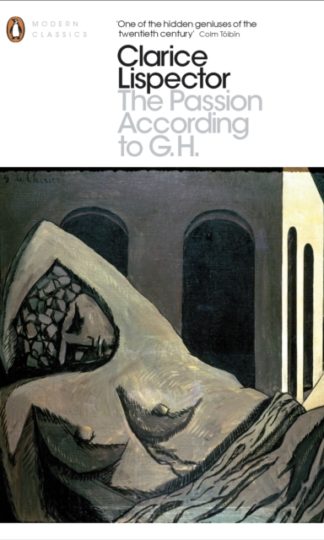 You're viewing: The Passion According to G.H RM61.90
Add to cart
Join Waitlist We'll alert you as soon as the product comes back in stock! Please leave your email address and quantity sought in the fields below.