“Fresh and diverting, informative and topical without being slight or ephemeral. This supremely well-edited combination of current affairs, journalism, commentary, and fun facts is perfect for our pause-button moment.” ―Australian Financial Review, Best Books of the Year

Fully illustrated, The Passenger collects the best new writing, photography, art and reportage from around the world.

IN THIS VOLUME: Growing Uncertainty in the Central Valley by Anna Wiener • How Does It Feel to Be a Solution? by Vanessa Hua • The Burning of Paradise by Mark Arax • plus: direct democracy and unsustainable development, the rise of the ‘land back’ movement, the cultural renaissance of Los Angeles in defiance of rampant gentrification, and much more…

California has stood for more than a century as the brightest symbol of the American dream. In recent years, however, the country’s mainstream media has been declaring with increasing frequency—and thinly veiled schadenfreude—the “end of California as we know it.”

The pessimists point to rising inequality, racial tensions, and the impact of climate change as evidence that the Californian dream has been shattered. Between extreme heat, months-long droughts, devastating wildfires, and rising sea levels, looking at California is like watching the trailer for what awaits the world if we don’t act to reduce global warming. Faced with these pressures, more and more Californians are leaving the state, leading to an unprecedented decline in population that could change the cultural and political balance of power in the country at large.

That said, demographic decline and climate disasters don’t tell the whole story of one of the most dynamic and diverse states in the Union—one that continues to drive technological and political innovation and define the evolution of work, food, entertainment, and social relations. This volume offers a fascinating picture of California in all its complexity and contradictions; an attempt to understand the laboratory where much of the world’s future continues to be written.

What is The Passenger?
The Passenger collects the best long-form essays, investigative journalism, literary reportage, and visual narratives in order to tell the story of a country or city and to portray its shifting culture and identity, its public debates, the sensibilities of its people, its burning issues, conflicts, and open wounds. Taken together, these fragments form a novel, complex picture. 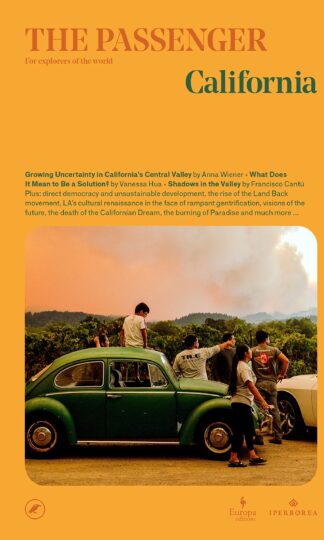 You're viewing: The Passenger #10: California RM110.50
Add to cart
Join Waitlist We'll alert you as soon as the product comes back in stock! Please leave your email address and quantity sought in the fields below.