Between 2001 and 2006, architectural historian Lai Chee Kien conducted a series of interviews with the key architects, engineers and artists who contributed to the landscape of Kuala Lumpur and its outskirts at the time of Independence.

The ten projects — Merdeka Stadium, Merdeka Park, University of Malaya, Dewan Bahasa dan Pustaka, Stadium Negara, Muzium Negara, Parliament House, Masjid Negara and Subang Airport — endowed the capital city with key structures for a functioning nation, and created fervour towards the sense of citizenship in Malaysia. The Merdeka Interviews, a collaboration between Lai Chee Kien and Ang Chee Cheong, brings together for the first time in a single volume, 17 interviews which reveals not only the protagonists’ roles and work in shaping these architectural icons, but also the milieus, circumstances and larger historical contexts during which they practised.

The publication of these interviews is relevant and timely, as we look back in time to discover the courage and spirit that forged a nation of peoples from multiple origins in the first decade of Independence, and their endowments on the landscape of Kuala Lumpur today. As a group of voices, it tells not only a history of the nation’s architecture and buildings at its birth, but altogether the story of Malaysia 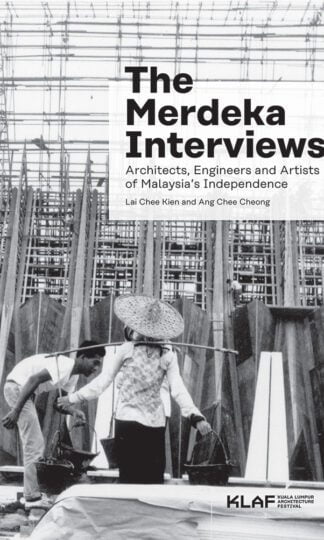 You're viewing: The Merdeka Interviews RM157.90
Add to cart
Join Waitlist We'll alert you as soon as the product comes back in stock! Please leave your email address and quantity sought in the fields below.