For fans of Lullaby and My Sister the Serial Killer, a thrilling literary suspense story in which two sisters grapple with the past after one of them poisons their entire family

Gwendolyn and Estella are as close as sisters can be. But now Gwendolyn is lying in a coma, the sole survivor after Estella poisons their entire family. As Gwendolyn struggles to regain consciousness, she desperately retraces her memories, trying to uncover the moment that led to such a brutal act.

Journeying from the luxurious world of Indonesia’s rich and powerful, to the spectacular shows of Paris Fashion Week, and the melting pot of Melbourne’s student scene, The Majesties is a haunting novel about the dark secrets that can build a family empire – and also bring it crashing down. 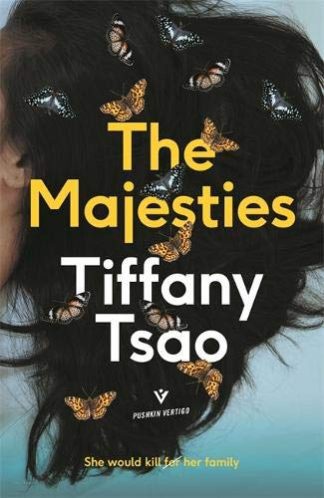 You're viewing: The Majesties RM52.90
Add to cart
Join Waitlist We'll alert you as soon as the product comes back in stock! Please leave your email address and quantity sought in the fields below.