Kipling’s best-loved work, now in a gorgeous new clothbound edition designed by the award-winning Coralie Bickford-Smith. These delectable and collectable editions are bound in high-quality, tactile cloth with foil stamped into the design. The story of Mowgli, the man-cub who is brought up by wolves in the jungles of Central India, is one of the greatest literary myths ever created. As he embarks on a series of thrilling escapades, Mowgli encounters such unforgettable creatures as the bear Baloo, the graceful black panther Bagheera and Shere Khan, the tiger with the blazing eyes. Other animal stories in The Jungle Books range from the dramatic battle between good and evil in ‘Rikki-tikki-tavi’ to the macabre comedy ‘The Undertakers’. With The Jungle Books Rudyard Kipling drew on ancient beast fables, Buddhist philosophy and memories of his Anglo-Indian childhood to create a rich, symbolic portrait of man and nature, and an eternal classic of childhood. Rudyard Kipling was born in Bombay in 1865. In 1882 Kipling started work as a journalist in India, and while there produced a body of work, stories, sketches and poems – notably Plain Tales from the Hills(1888) – which made him an instant literary celebrity when he returned to England in 1889. His most famous works include The Jungle Book (1894), Kim (1901) and the Just So Stories (1902). Kipling refused to accept the role of Poet Laureate and other civil honours, but he was the first English writer to be awarded the Nobel Prize, in 1907. He died in 1936. Jan Montefiore has taught at the University of Kent since 1978, where she is now Professor of 20th Century English Literature. She is the author of Men and Women Writers of the 1930s (1996); Arguments of Heart and Mind:Selected Essays 1977-2000 (2002); Feminism and Poetry (3rd edition, 2004); and Rudyard Kipling (2007). Kaori Nagai is a Research Associate at the University of Kent and author of Empire of Analogies (2006). She has also introduced Kobo Abe’s Face of Another and Kipling’s Plain Tales from the Hills for Penguin 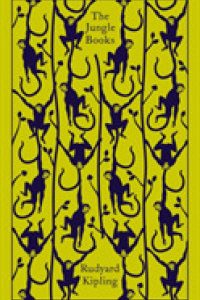 You're viewing: The Jungle Book (Penguin Clothbound Classics) RM86.95
Add to cart
Join Waitlist We'll alert you as soon as the product comes back in stock! Please leave your email address and quantity sought in the fields below.