Life without her would be death’The lost novel from the author of The Second Sex published in English for the first time. The compulsive story of two friends growing up and falling apart. INTRODUCED BY DEBORAH LEVYWhen Andree joins her school, Sylvie is immediately fascinated.

Andree is small for her age, but walks with the confidence of an adult. Under her red coat, she hides terrible burn scars. And when she imagines beautiful things, she gets goosebumps…

Secretly Sylvie believes that Andree is a prodigy about whom books will be written. The girls become close. They talk for hours about equality, justice, war and religion; they lose respect for their teachers; they build a world of their own.

But they can’t stay like this forever. Written in 1954, five years after The Second Sex, the novel was never published in Simone de Beauvoir’s lifetime. This first English edition includes an afterword by her adopted daughter, who discovered the manuscript hidden in a drawer, and photographs of the real-life friendship which inspired and tormented the author.

‘Gorgeously written, intelligent, passionate, and in many ways foreshadows such contemporary works as Elena Ferrante’s My Brilliant Friend’ Oprah DailyTRANSLATED BY LAUREN ELKIN. WITH AN AFTERWORD FROM SYLVIE LE BON DE BEAUVOIR 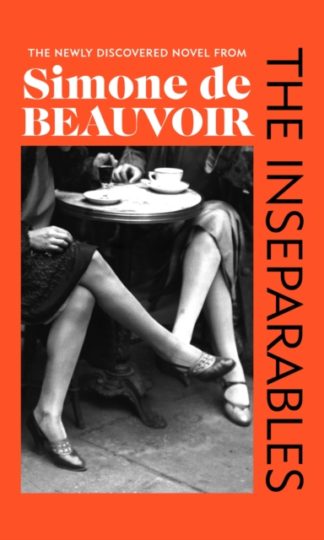 You're viewing: The Inseparables RM85.90
Add to cart
Join Waitlist We'll alert you as soon as the product comes back in stock! Please leave your email address and quantity sought in the fields below.