The Hound Of The Baskervilles

When the owner of Baskerville Hall is found lifeless, his face distorted with horror, it is the beginning of an unsettling adventure that takes Sherlock Holmes and Dr Watson from the bright, gas lit thoroughfares of London into the dark remoteness of Victorian Dartmoor. Soon Holmes and Watson are faced with a macabre phenomenon – the eighteenth-century legend of a spectral hound, returning once more to terrorise the Baskerville family. They can do nothing for Sir Charles – but his heir, Sir Henry Baskerville, is now in England asking for their help.

And in protecting him, Holmes and Watson must confront a more sinister threat than anything they have encountered before. The Hound of the Baskervilles is a powerful reminder of the continued influence of myths and superstitions which lay beneath the scientific rationalism of late Victorian England. Conan Doyle was fascinated by the paranormal, and in this gripping story he demonstrates the anxieties that can affect even the strongest minds when they encounter the unknown. 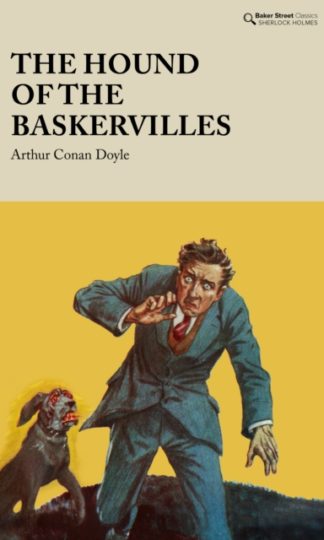 You're viewing: The Hound Of The Baskervilles RM89.90
Add to cart
Join Waitlist We'll alert you as soon as the product comes back in stock! Please leave your email address and quantity sought in the fields below.