The Heart of God

Rabindranath Tagore (1861-1941) is thought of as the most important poet of modern-day India. This literary giant’s writings have inspired millions of readers for generations.

The Heart of God is a beautiful collection of 102 poems that explores life’s many mysteries, including the joy of love, the beauty of nature, and the inevitability of death. Representing Tagore’s “simple prayers of common life,” each poem is an eloquent affirmation of the divine in the face of both joy and sorrow. Tagore was born into a wealthy family in the Bengali city of Calcutta during British colonial rule.

Immensely talented, he would become a distinguished writer, educator, playwright, composer, social reformer, and philosopher. As a poet, Tagore is a master, having been awarded the Nobel Prize for Literature in 1913–the first non-European to be given this honor. Along with Mahatma Gandhi, Tagore is considered to be the foremost intellectual and spiritual advocate for India’s liberation from imperial rule.

Originally compiled by Rev. Herbert Vetter, this expanded edition of The Heart of God includes 25 additional poems and a foreword by Tagore scholar Bashabi Fraser, who describes the profound wisdom of Tagore’s writings and the lasting importance of this beautiful collection, along with a moving Preface by Nobel Peace Prize recipient Albert Schweitzer. Like the Psalms of David, these simple prayers transcend time and speak directly to the human heart. 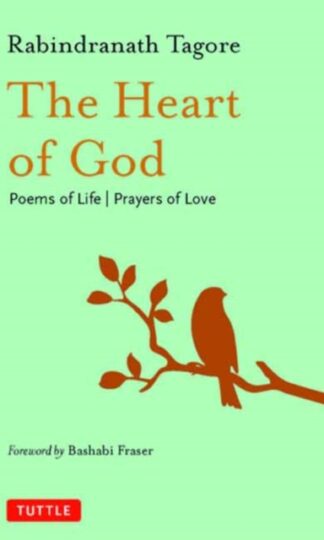 You're viewing: The Heart of God RM60.00
Add to cart
Join Waitlist We'll alert you as soon as the product comes back in stock! Please leave your email address and quantity sought in the fields below.