Eight years ago, Lisan the fisherman, who has always believed he was descended from royalty, left his wife and the Water Village. Now he’s back, and he says he can prove it. Six hundred years ago, a forbidden relationship between the royal children of Brunei set into motion a chain of events that will end with the death of a king…or the death of a god. As the story of Lisan’s true intentions – and what he was really doing in those years away – unravels, the story of those doomed royal children also spins to its inevitable conclusion. 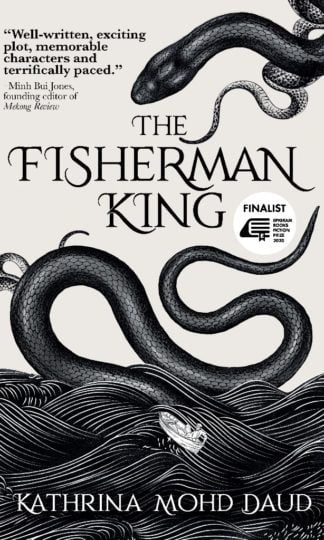 You're viewing: The Fisherman King RM55.90
Add to cart
Join Waitlist We'll alert you as soon as the product comes back in stock! Please leave your email address and quantity sought in the fields below.