The Dragon Daughter and Other Lin Lan Fairy Tales

Although the influence of the Brothers Grimm on folklore in virtually every country in the West has been widely studied, a similar development in the early part of twentieth-century China is virtually unknown. This book collects and translates more than 40 tales selected from the “Lin Lan” series, published in China from the late 1920s to the early 1930s.

The pseudonym “Lin Lan” was created in 1924, when a group of three literary stories about the legendary Xu Wenchang (1521-1593), himself the author of many literary works still popular today, were published in a morning newspaper. The success of this first attempt encouraged the creators to publish more folk tales and fairy tales, which ultimately played a major role in the development of modern folk literature in China. The series, written and developed by a Shanghai publisher under the pen name Lin Lan, was divided into three subgenres-minjian chuanshuo (folk legends/tales), minjian tonghua (folk fairy tales), and minjian qushi (comic folk tales)-published in 43 volumes containing nearly one thousand tales in all.

The tales were collected the tales from oral storytellers throughout China in response to a call from the publisher, and combined elements of European fairy-tale literature with traditional Chinese narratives.

—
A delightful collection of modern Chinese tales, The Dragon Daughter and Other Lin Lan Fairy Tales brings together forty-two magical Chinese tales, most appearing for the first time in English. These stories have been carefully selected from more than a thousand originally published in the early twentieth century under the pseudonyms Lin Lan and Lady Lin Lan-previously unknown in the West, and now acclaimed as the Brothers Grimm of China. The birth of the tales began in 1924, when one author, Li Xiaofeng, published a set of literary stories under the Lin Lan pen name, an alias that would eventually be shared by an editorial team.

Together, this group gathered fairy tales (tonghua) from rural regions across China. Combining traditional oral Chinese narratives with elements from the West, the selections in this collection represent different themes and genres-from folk legends to comic tales. Characters fall for fairies, experience predestined love, and have love/hate relationships with siblings.

Garden snails and snakes transform into cooking girls, and dragon daughters construct houses. An introduction offers historical and social context for understanding the role that the Lin Lan stories played in modern China. Appendixes include information on tale types and biographies of the writers and contributors.

The Dragon Daughter and Other Lin Lan Fairy Tales is a captivating testament to the power of storytelling. 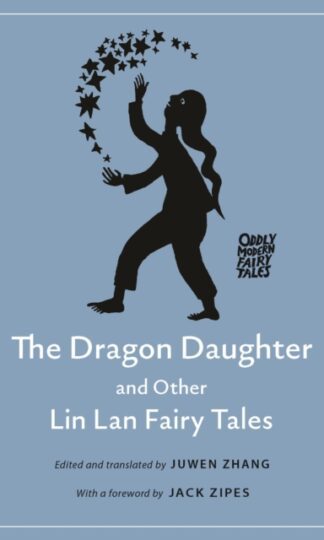 You're viewing: The Dragon Daughter and Other Lin Lan Fairy Tales RM92.50
Add to cart
Join Waitlist We'll alert you as soon as the product comes back in stock! Please leave your email address and quantity sought in the fields below.