The long-awaited new novel from one of America’s most highly regarded contemporary writers, The Committed follows the Sympathizer as he arrives in Paris as a refugee. There he and his blood brother Bon try to escape their pasts and prepare for their futures by turning their hands to capitalism in one of its purest forms: drug dealing. No longer in physical danger, but still inwardly tortured by his reeducation at the hands of his former best friend, and struggling to assimilate into a dominant culture, the Sympathizer is both charmed and disturbed by Paris.

As he falls in with a group of left-wing intellectuals and politicians who frequent dinner parties given by his French Vietnamese “aunt,” he finds not just stimulation for his mind but also customers for his merchandise – but the new life he is making has dangers he has not foreseen, from the oppression of the state, to the self-torture of addiction, to the seemingly unresolvable paradox of how he can reunite his two closest friends, men whose worldviews put them in absolute opposition.

Both literary thriller and brilliant novel of ideas, The Committed is a blistering portrayal of commitment and betrayal that will cement Viet Thanh Nguyen’s position in the firmament of American letters. 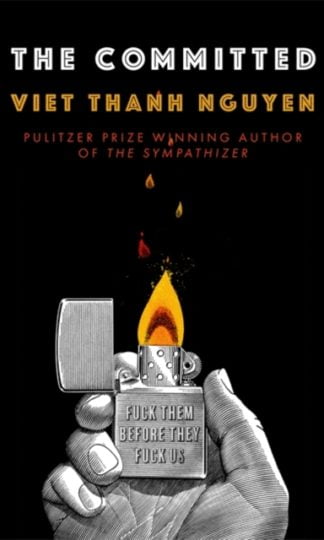 You're viewing: The Committed RM79.90
Add to cart
Join Waitlist We'll alert you as soon as the product comes back in stock! Please leave your email address and quantity sought in the fields below.