The Blood Prince of Langkasuka

Raja Perita Deria, is a carefree and arrogant seventeen-year-old; and his story begins with a seemingly ordinary night out with his close friends. However, a chance encounter with a bewitchingly beautiful woman in an abandoned temple, almost ends his life and changes him irrevocably.

After an incident involving the cook, and a dish of bayam, tainted with blood, he discovers that he needs blood to heal and for sustenance. As heir to the throne of Langkasuka, the prince is also caught in the larger political struggle surrounding the kingdom which is being watched by the two powers of 12th Century Southeast Asia – the Sri Vijaya Empire and the Khmer Empire.

Sri Vijaya courts Langkasuka by offering the prince, the hand of a Sri Vijayan princess, while the Khmer Empire seems curiously aloof. To everyone’s surprise, Raja Perita is drawn to the princess, and agrees to marry her. However, a spate of violent deaths in the palace of Langkasuka point towards the prince and his close friends and Raja Perita is slowly driven to breaking point.

When the most powerful shaman in the kingdom is murdered while attempting to commune with the Rice Spirit, the countryside is in an uproar. Her death sets off a witch hunt for a killer who could be a vampire… Could it be one of the prince’s beloved friends or perhaps Raja Perita himself?. 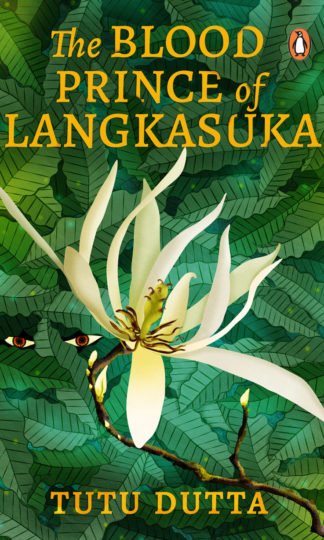 You're viewing: The Blood Prince of Langkasuka RM62.95
Add to cart
Join Waitlist We'll alert you as soon as the product comes back in stock! Please leave your email address and quantity sought in the fields below.