Acclaimed Malaysian author of Evening is the Whole Day Preeta Samarasan returns with a new novel in more than a decade, Tale of the Dreamer’s Son.

“Politics, religion, culture and love collide on every page of Preeta Samarasan’s new novel. At once furious and funny, majestic and intimate, Tale of the Dreamer’s Son is an ode to the glorious and complex mess that is Malaysia.” — TASH AW

“Sad, funny, angry and individual, by a writer few can match for craft and insight into Malaysia.” — ZEN CHO

“Samarasan sets a fearless and complex family saga against the social and political upheaval of modern-day Malaysia… The writing is dazzling and poetic.” — Publishers Weekly starred review

In what was once a Scottish tea planter’s mansion in the highlands of Peninsular Malaysia, all religions are one and race is unheard of. That is, until the occupants of what is now known as the Muhibbah Centre for World Peace are joined by Salmah, a Malay Muslim woman. “All are welcome here,” they are reminded by their spiritual leader, Cyril Dragon, who is trying to ignore news of the changing political climate with its increasing religious intolerance. He is still trying to forget May 13, 1969, when ethnic tensions boiled over into bloodshed. Tale of the Dreamer’s Son guides us from that fateful incident in Malaysian history to the present day. Throughout, Samarasan’s polyphonic, rambunctious prose brilliantly navigates the tug-of-war between ideals and reality.

About the author
Preeta Samarasan was born in Malaysia and moved to the United States during high school. Her first novel, Evening Is the Whole Day, was longlisted for the Commonwealth Writers Prize and the Orange Prize for Fiction and won the 2008 Association for Asian American Studies Book Award. Her short fiction has won the Asian American Writers’ Workshop Short Story Competition and been selected for a PEN/O. Henry Prize Collection. Her work has been published in A Public Space, Guernica, Copper Nickel, AGNI, and other journals. She lives with her family in the Limousin region of France. 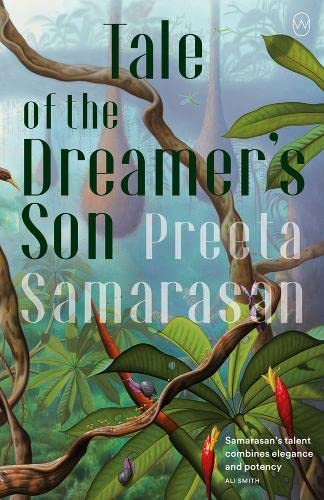 You're viewing: Tale Of The Dreamer’s Son (Signed Edition) RM84.90
Add to cart
Join Waitlist We'll alert you as soon as the product comes back in stock! Please leave your email address and quantity sought in the fields below.