. . has a chilling, nail-biting authenticity’ said JAMES LOVEGROVE in the Financial Times.

From renowned theoretical physicist, broadcaster and author Jim Al-Khalili, comes this thrilling debut novel drawing on cutting-edge science and set in a near-future full of dazzling technologies. 2041 and the world as we know it grinds to a halt. Our planet seems to be turning against itself – it would appear that the magnetic field, that protects life on Earth from deadly radiation from space, is failing .

. . Desperate to quell the mass hysteria that would surely follow, world governments have concealed this rapidly emerging Armageddon.

But a young Iranian hacktivist stumbles across the truth, and it becomes a race against time to reactivate the earth’s core using beams of dark matter. As a small team of brave and brilliant scientists battle to find a way of transforming theory into practice, they face a fanatical group intent on pursuing their own endgame agenda: for they believe mankind to be a plague upon this earth and will do anything, commit any crime, to ensure that the project fails . .

. And so bring about humanity’s end. 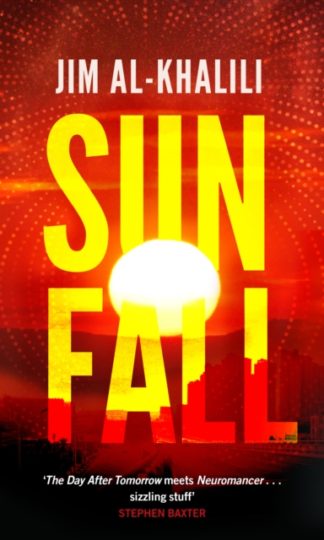 You're viewing: Sunfall RM52.50
Add to cart
Join Waitlist We'll alert you as soon as the product comes back in stock! Please leave your email address and quantity sought in the fields below.