So You’ve Been Publicly Shamed

The rise of social media has seen a great renaissance in public shaming. Justice has been democratized. The silent majority are getting a voice. But what are we doing with that voice? We are mercilessly finding people’s faults, and defining the boundaries of normality by ruining the lives of those outside it. We are using shame as a form of social control.

Simultaneously powerful and hilarious in the way only Jon Ronson can be, So You’ve Been Publicly Shamed is a deeply honest book about modern life, full of eye-opening truths about the escalating war on human flaws – and the very scary part we all play in it. This edition features a new chapter and interview with perhaps the most famous public shaming victim of all– Monica Lewinsky.

Part of the Picador Collection, a series showcasing the best of modern literature. 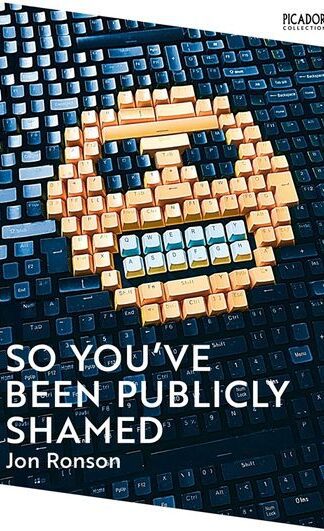 You're viewing: So You’ve Been Publicly Shamed RM64.90
Add to cart
Join Waitlist We'll alert you as soon as the product comes back in stock! Please leave your email address and quantity sought in the fields below.