The concluding part of John le Carre’s celebrated Karla Trilogy, Smiley’s People sees the last confrontation between the indefatigable spymaster George Smiley and his great enemy, as their rivalry comes to a shattering end. A Soviet defector has been assassinated on English soil, and George Smiley is called back to the Circus to clear up – and cover up – the mess. But what he discovers sends him delving into the past, on a trail through Hamburg and Paris to Cold War Berlin – and a final showdown with his elusive nemesis, Karla. ‘An enormously skilled and satisfying work’ Newsweek ‘We are all Smiley’s people, a kind of secular god of intelligence’ New Yorker THE SEVENTH GEORGE SMILEY NOVEL 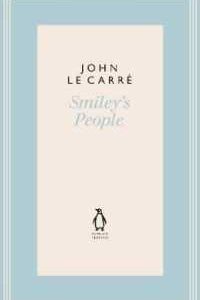 You're viewing: Smiley’s People – the Karla Trilogy #3 RM86.95
Add to cart
Join Waitlist We'll alert you as soon as the product comes back in stock! Please leave your email address and quantity sought in the fields below.