Remo Erdosain’s Buenos Aires is a dim, seething, paranoid hive of hustlers and whores, scoundrels and madmen, and Erdosain feels his soul is as polluted as anything in this dingy city. Possessed by the directionlessness of the society around him, trapped between spiritual anguish and madness, he clings to anything that can give his life meaning: small-time defrauding of his employers, hatred of his wife’s cousin Gregorio Barsut, a part in the Astrologer’s plans for a new world order… but is that enough? Or is the only appropriate response to reality – insanity? Written in 1929, The Seven Madmen depicts an Argentina on the edge of the precipice. This teeming world of dreamers, revolutionaries and scheming generals was Arlt’s uncanny prophesy of the cycle of conflict which would scar his country’s passage through the twentieth century, and even today it retains its power as one of the great apocalyptic works of modern literature. 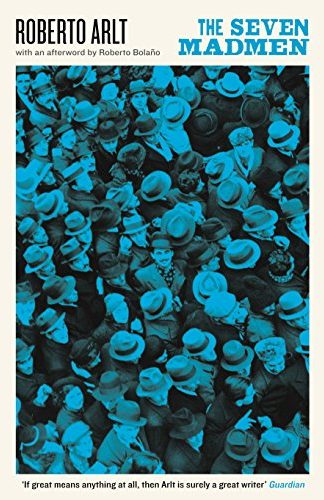 You're viewing: The Seven Madmen RM59.90
Add to cart
Join Waitlist We'll alert you as soon as the product comes back in stock! Please leave your email address and quantity sought in the fields below.