Scattered All Over the Earth

*From the author of The Last Children of Tokyo*

A mind-expanding, cheerfully dystopian novel about friendship, difference and what it means to belong, by a National Book Award-winning novelist.

Welcome to the not-too-distant future. Japan, having vanished into the sea, is now remembered as ‘the land of sushi’. Hiruko, a former citizen and a climate refugee herself, has a job teaching immigrant children in Denmark with her invented language Panska (Pan-Scandinavian): ‘homemade language. no country to stay in. three countries I experienced. no time to learn three different languages. might mix up. insufficient space in brain. so made new language. homemade language most Scandinavian people understand’.

Hiruko soon makes new friends to join her in her travels searching for anyone who can still speak her mother tongue: Knut, a graduate student in linguistics, who is fascinated by her Panska; Akash, an Indian man who lives as a woman, wearing a red sari; Nanook, an Eskimo from Greenland, first mistaken as another refugee from the land of sushi; and Nora, who works at the Karl Marx House in Trier. All these characters take turns narrating chapters, which feature an umami cooking competition; a dead whale; an ultra- nationalist named Breivik; Kakuzo robots; uranium; and an Andalusian bull fight. Episodic, vividly imagined and mesmerising, Scattered All Over the Earth is another sui generis masterwork by Yoko Tawada. 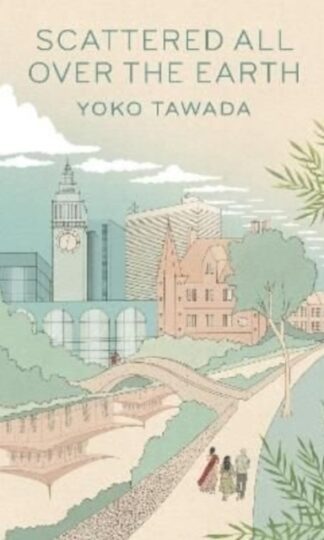 You're viewing: Scattered All Over the Earth RM79.90
Add to cart
Join Waitlist We'll alert you as soon as the product comes back in stock! Please leave your email address and quantity sought in the fields below.