Already compared to Hemingway and Murakami, Shuang Xuetao is one of the most highly celebrated young Chinese writers—his English-language debut Rouge Street collects three dazzling novellas of Northeast China, mixing realism, mysticism, and noir An enterprising inventor dreams of escaping his drab surroundings in a flying machine. A criminal, trapped beneath a frozen lake, transforms into a giant fish. A strange girl pledges to ignite a field of sorghum stalks.

Orbiting the toughest neighborhood of a postindustrial city whose vast, inhospitable landscape makes every aspect of life a struggle, these many-voiced missives are united by Shuang Xuetao’s singular style—one which balances hardscrabble naturalism with the transcendent, and faces the bleak environs with winning humor. Lyrical, masterful, Rouge Street illuminates not only the hidden pains of those left behind in an extraordinary economic boom, but also the unlikely, nourishing grace they, nevertheless, manage to discover. 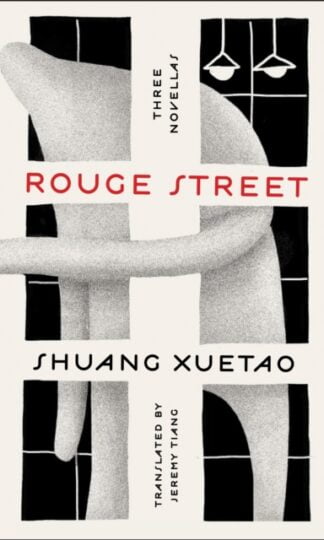 You're viewing: Rouge Street RM135.90
Add to cart
Join Waitlist We'll alert you as soon as the product comes back in stock! Please leave your email address and quantity sought in the fields below.