Rosencrantz And Guildenstern Are Dead

Tom Stoppard’s reputation as a playwright was made when his dazzling debut, Rosencrantz and Guildenstern Are Dead, opened at the National Theatre. Fifty years later, the play’s wit, stagecraft and verbal verve remain as exhilarating as they were in 1967 as the two ill-fated attendant lords from Shakespeare’s Hamlet take centre stage, musing on the purpose of existence and its end. This new edition publishes to coincide with a fiftieth anniversary production at The Old Vic, London, and contains a new preface by the author. 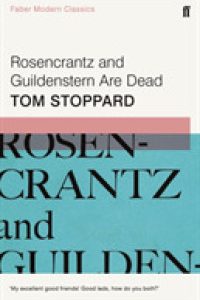 You're viewing: Rosencrantz And Guildenstern Are Dead RM43.90
Add to cart
Join Waitlist We'll alert you as soon as the product comes back in stock! Please leave your email address and quantity sought in the fields below.