Remembrance of Things Past: Volume 2

One of the greatest translations of all time: Scott Moncrieff’s classic version of Proust, published in three volumes Proust’s masterpiece is one of the seminal works of the twentieth century, recording its narrator’s experiences as he grows up, falls in love and lives through the First World War. A profound reflection on art, time, memory, self and loss, it is often viewed as the definitive modern novel. C. K. Scott Moncrieff’s famous translation from the 1920s is today regarded as a classic in its own right and is now available in three volumes in Penguin Classics. This second volume includes The Guermantes Way and Cities of the Plain. ‘Scott Moncrieff’s [volumes] belong to that special category of translations which are themselves literary masterpieces … his book is one of those translations, such as the Authorized Version of the Bible itself, which can never be displaced’ – A. N. Wilson ‘For the reader wishing to tackle Proust your guide must be C K Scott Moncrieff … There are some who believe his headily perfumed translation of À la recherche du temps perdu conjures Belle Époque France more vividly even than the original’ – Telegraph ‘I was more interested and fascinated by your rendering than by Proust’s creation’ – Joseph Conrad to Scott Moncrieff 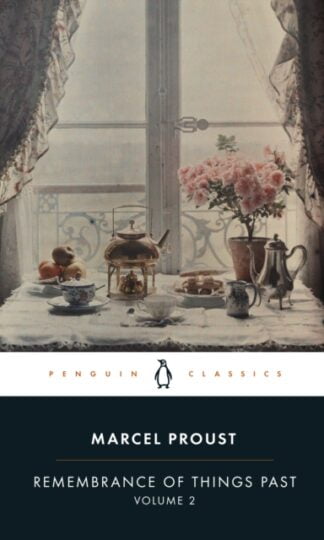 You're viewing: Remembrance of Things Past: Volume 2 RM75.50
Add to cart
Join Waitlist We'll alert you as soon as the product comes back in stock! Please leave your email address and quantity sought in the fields below.