Rachel Carson: Silent Spring & Other Writings on the Environment

The book that sparked the modern environmental movement, with an unprecedented collection of letters, speeches, and other writings that reveal the extraordinary courage and vision of its author

Library of America launches its Rachel Carson edition with this deluxe illustrated volume presenting one of the landmark books of the twentieth century together with rare letters, speeches, and other writings that reveal the personal courage and passionate commitment of its author. A huge bestseller when published in September 1962, Silent Spring led not only to many of the laws and government agencies that protect our air, land, and water, but prompted a revolution in environmental consciousness. Now for the first time, in previously unpublished and newly collected letters to biochemists, ecologists, cancer specialists, ornithologists, and other experts, Carson’s groundbreaking expose of the unintended consequences of pesticide use comes together piece-by-piece, like a puzzle or detective story. She makes common cause with conservationists and other allies to build public awareness, hiding her private battle with cancer for fear it might distract from her message. And in the wake of her book’s astonishing impact, as she becomes the target of an organized campaign of disinformation by the chemical industry, Carson speaks out in defense of her findings while remaining a model of grace under pressure. Throughout the collection, Carson’s lifelong love of nature shines through. In writings both lyrical and intensely moving, she conveys her “sense of wonder” to her young nephew, dreams of conserving old-growth forest in Maine for posterity, and recounts her adventures and epiphanies as birdwatcher and beachcomber. A future companion volume will gather Carson’s “sea trilogy”: Under the Sea-Wind (1941), The Sea Around Us (1951), and The Edge of the Sea (1955). 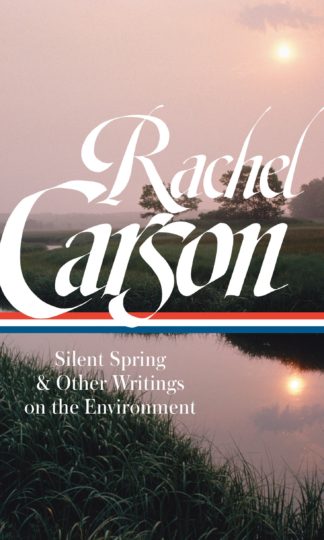 You're viewing: Rachel Carson: Silent Spring & Other Writings on the Environment RM164.50
Add to cart
Join Waitlist We'll alert you as soon as the product comes back in stock! Please leave your email address and quantity sought in the fields below.