“FROM THE BOOKER PRIZE-WINNING AUTHOR OF GIRL, WOMAN, OTHER

Londinium, AD 211. Zuleika is a modern girl living in an ancient world. She’s a back-alley firecracker, a scruffy Nubian babe with tangled hair and bare feet – and she’s just been married off a fat old Roman.

Life as a teenage bride is no joke but Zeeks is a born survivor. She knows this city like the back of her hand: its slave girls and drag queens, its shining villas and rotting slums. She knows how to get by.

Until one day she catches the eye of the most powerful man on earth, the Roman Emperor, and her trouble really starts… Silver-tongued and merry-eyed, this is a story in song and verse, a joyful mash-up of today and yesterday. Kaleidoscoping distant past and vivid present, The Emperor’s Babe asks what it means to be a woman and to survive in this thrilling, brutal, breathless world.” 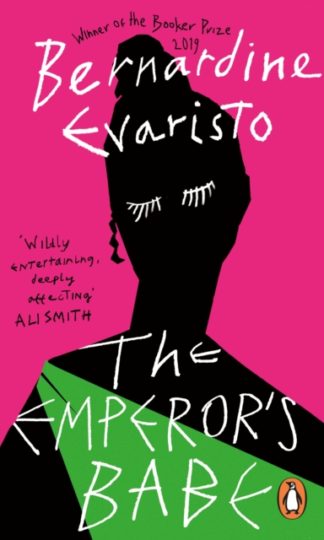 You're viewing: Penguin Essentials: The Emperor’s Babe RM52.50
Add to cart
Join Waitlist We'll alert you as soon as the product comes back in stock! Please leave your email address and quantity sought in the fields below.