From the bestselling author of The Circle and The Monk of Mokha comes a taut, suspenseful story of two foreigners’ role in a nation’s fragile peace. ‘Tightly written, carefully designed to wrong-foot preconceptions, and astute . .

. An intensely gripping story’ Evening StandardAn unnamed country is leaving the darkness of a decade at war, and to commemorate the armistice the government commissions a new road connecting two halves of the state. Two men, foreign contractors from the same company, are sent to finish the highway.

While one is flighty and adventurous, wanting to experience the nightlife and people, the other wants only to do the work and go home. But both men must eventually face the absurdities of their positions, and the dire consequences of their presence. With echoes of J.

M. Coetzee and Graham Greene, this timeless novel questions whether we can ever understand another nation’s war, and what role we have in forging anyone’s peace. ‘Certainly his best book since What is the What…

The sound of a major writer finding his mature voice’ Spectator 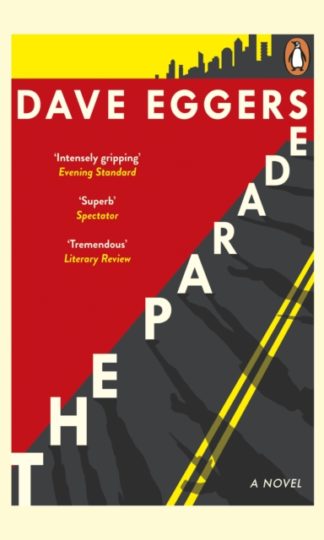 You're viewing: Parade RM52.50
Add to cart
Join Waitlist We'll alert you as soon as the product comes back in stock! Please leave your email address and quantity sought in the fields below.