On the Origin of Species

When the young naturalist Darwin set sail on a round-the-world expedition at the end of 1831, it was only with a vague notion that the relationships between all life forms, both present and extinct, were more complex than the Christian version of the world’s creation purported them to be. During his five-year voyage of discovery on board HMS Beagle and more than two decades subsequently devoted to research, he painstakingly collected a mass of evidence from across the planet – from Paraguay and the Galapagos Islands to Staffordshire and Scotland – building a compelling case for the theory of natural selection, which would change the way we look at the world for ever. The founding text of evolutionary biology – which prompted a revolution in the fields of science and religion similar in magnitude to the discoveries of Copernicus and Newton – Darwin’s On the Origin of Species was an instant best-seller when it was published in 1859 and has become a cultural milestone that has influenced a wide range of disciplines of human knowledge. 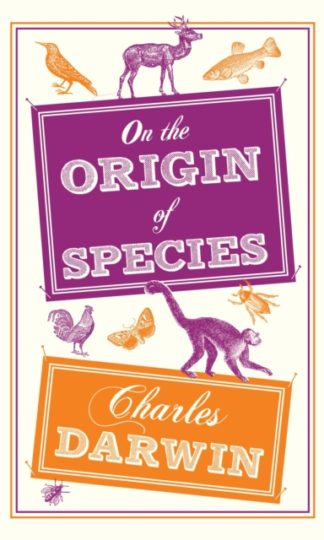 You're viewing: On the Origin of Species RM39.90
Add to cart
Join Waitlist We'll alert you as soon as the product comes back in stock! Please leave your email address and quantity sought in the fields below.