No Heaven for Good Boys

NEW YORK TIMES EDITORS’ CHOICE – Set in Senegal, this modern-day Oliver Twist is a meditation on the power of love and the strength that can emerge when we have no other choice but to survive.

“I loved this book because it is a story about generations of parents and children saving one another with a love so powerful that it transcends distance, time, and reason.”– Ann Napolitano, New York Times bestselling author of Dear Edward

Six-year-old Ibrahimah loves snatching pastries from his mother’s kitchen, harvesting string beans with his father, and searching for sea glass with his sisters. But when he is approached in his rural village one day by Marabout Ahmed, a seemingly kind stranger and highly regarded teacher, the tides of his life turn forever. Ibrahimah is sent to the capital city of Dakar to join his cousin Étienne in studying the Koran under Marabout Ahmed for a year, but instead of the days of learning that Ibrahimah’s parents imagine, the young boys, called Talibé, are forced to beg in the streets in order to line their teacher’s pockets. <p/>To make it back home, Étienne and Ibrahimah must help each other survive both the dangers posed by their Marabout, and the darker sides of Dakar: threats of black-market organ traders, rival packs of Talibé, and mounting student protest on the streets. <p/>Drawn from real incidents and transporting readers between rural and urban Senegal, No Heaven for Good Boys is a tale of hope, resilience, and the affirming power of love. 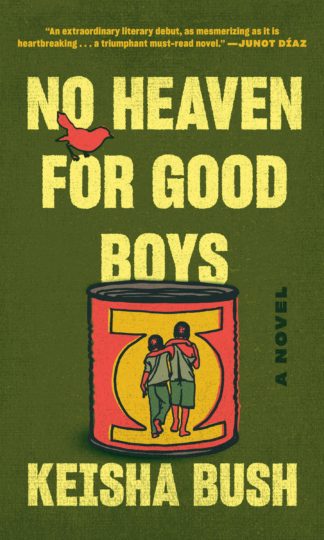 You're viewing: No Heaven for Good Boys RM84.95
Add to cart
Join Waitlist We'll alert you as soon as the product comes back in stock! Please leave your email address and quantity sought in the fields below.