A devastating account of China’s genocide of the Uyghurs, by a leading Uyghur activist and Time #100 nominee

Nury Turkel was born in a ‘re-education’ camp in China at the height of the Cultural Revolution. He spent the first several months of his life in captivity with his mother, who was beaten and starved while pregnant with him, whilst his father served a penal sentence in an agricultural labour camp. Following this traumatic start – and not without a heavy dose of good fortune – he was later able to travel to the US for his undergraduate studies in 1995 and was granted asylum in the country in 1998 where, as a lawyer, he is now a tireless and renowned activist for the plight of his people. Part memoir, part call-to-action, No Escape will be the first major book to tell the story of the Chinese government’s terrible oppression of the Uyghur people from the inside, detailing the labour camps, ethnic and religious oppression, forced sterilisation of women and the surveillance tech that have made Xinjiang – in the words of one Uyghur who managed to flee – ‘a police surveillance state unlike any the world has ever known’. 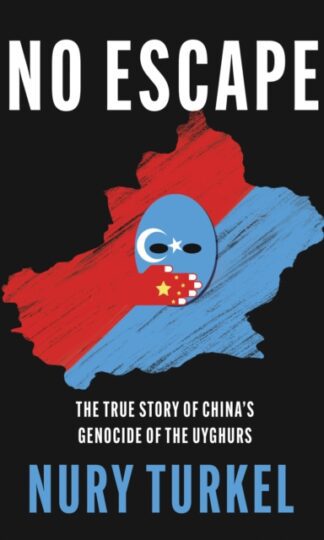 You're viewing: No Escape RM96.00
Add to cart
Join Waitlist We'll alert you as soon as the product comes back in stock! Please leave your email address and quantity sought in the fields below.