It was a bright cold day in April, and the clocks were striking thirteen. The year is 1984, and life in Oceania is ruled by the Party. Under the gaze of Big Brother, Winston Smith yearns for intimacy and love – “thought crimes” that, if uncovered, would mean imprisonment, or death.

But Winston is not alone in his defiance, and an illicit affair will draw him into the mysterious Brotherhood and the realities of resistance. Nineteen Eighty-Four has been described as chilling, absorbing, satirical, momentous, prophetic and terrifying. It is all these things, and more.

The Authoritative Text. With an introduction by Robert Harris. *The jacket of this stunning hardback edition features period artwork by Elizabeth Friedlander, one of Europe’s pre-eminent 20th-century graphic designers.

Look out for complementary editions of Orwell’s essential works Animal Farm and Down and Out in Paris and London.* 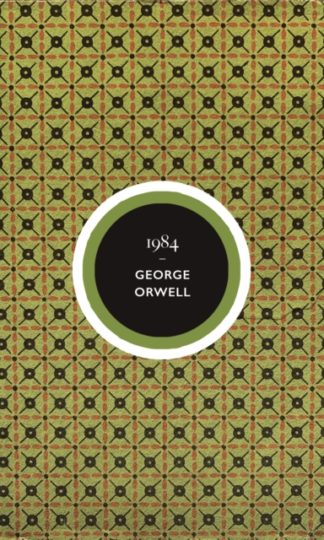 You're viewing: Nineteen Eighty Four RM79.90
Add to cart
Join Waitlist We'll alert you as soon as the product comes back in stock! Please leave your email address and quantity sought in the fields below.