Night Train to the Stars

Japanese fairy tales – enchanting, enigmatic stories of animals, human beings and the great natural world. Dark and innocent, sublime and whimsical, Miyazawa’s stories have the ageless feel of the best fairy tales. There are animal allegories such as ‘The Ungrateful Rat’ where a rude rodent insults all the objects he meets – until he meets the Rat Trap/ There are morality tales such as ‘The Restaurant of Many Orders’, where two hunters become the hunted.

There are also transcendent stories of childhood and mortality like Miyazawa’s best-known ‘Night Train to the Stars’, where a magical steam train carries children through the night and up to the heavens. These stories reveal the unique brilliance of one of Japan’s most beloved early twentieth-century writers. WITH A FOREWORD BY DAVID MITCHELL AND AN INTRODUCTION BY KAORI NAGAI’Kenji Miyazawa fables are international-class’ David Mitchell’For readers who relish the disturbing material of fairy tale, the specificity and surprise of tanka, collisions of the everyday with the supernatural and glimpses of Japan right on the brink of industrialization, Kenji Miyazawa’s masterly stories will be a delight’ New York Times’Few works have given me so much pleasure (and hard work) as the tales of Miyazawa Kenji […] more genuine originality, and a more universal appeal, than almost anything else I have done.’ John Bester, translator 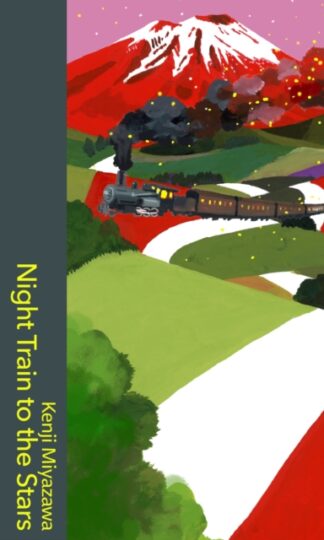 You're viewing: Night Train to the Stars RM95.90
Add to cart
Join Waitlist We'll alert you as soon as the product comes back in stock! Please leave your email address and quantity sought in the fields below.