The first and only graphic novel to win the Pulitzer Prize, MAUS is a brutally moving work of art about a Holocaust survivor — and the son who survives him ‘The first masterpiece in comic book history’ The New Yorker Maus tells the story of Vladek Spiegelman, a Jewish survivor of Hitler’s Europe, and his son, a cartoonist coming to terms with his father’s story. Approaching the unspeakable through the diminutive (the Nazis are cats, the Jews mice), Vladek’s harrowing story of survival is woven into the author’s account of his tortured relationship with his aging father. Against the backdrop of guilt brought by survival, they stage a normal life of small arguments and unhappy visits, studying the bloody pawprints of history and tracking its meaning for those who come next. 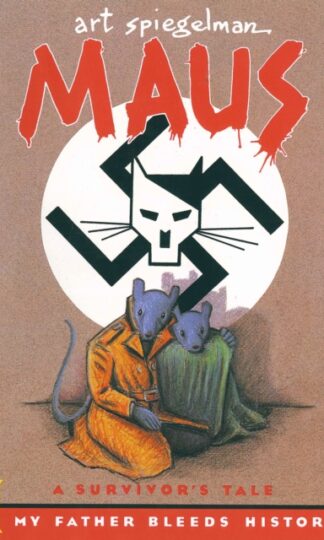 You're viewing: Maus RM94.90
Add to cart
Join Waitlist We'll alert you as soon as the product comes back in stock! Please leave your email address and quantity sought in the fields below.