Malaya And Singapore 1941-42: The Fall Of Britain’s Empire In The East

For the British Empire it was a military disaster, but for Imperial Japan the conquest of Malaya was one of the pivotal campaigns of World War II. Giving birth to the myth of the Imperial Japanese Army’s invincibility, the victory left both Burma and India open to invasion. Although heavily outnumbered, the Japanese Army fought fiercely to overcome the inept and shambolic defence offered by the British and Commonwealth forces.

Detailed analysis of the conflict, combined with a heavy focus on the significance of the aerial campaign, help tell the fascinating story of the Japanese victory, from the initial landings in Thailand and Malaya through to the destruction of the Royal Navy’s Force Z and the final fall of Singapore itself. 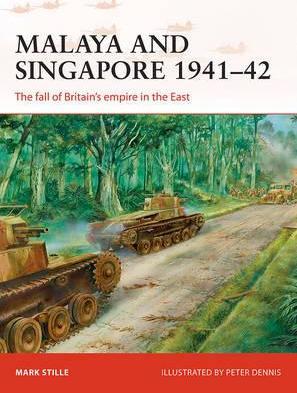 You're viewing: Malaya And Singapore 1941-42: The Fall Of Britain’s Empire In The East RM99.90
Add to cart
Join Waitlist We'll alert you as soon as the product comes back in stock! Please leave your email address and quantity sought in the fields below.