King David spies on beautiful Bathsheba as she bathes and his desire drives him to acts of such callousness that even his god turns away from him. Only through searching penitence and the psalms that express this can he find him way back into the light. A world and centuries away, King Henry VIII looks up at his prized tapestries of David and Bathsheba and sees in David a mighty predecessor, defender of the faith.

Henry’s courtier-poet, Sir Thomas Wyatt, sees instead two kings who take what they want, careless of the lives they destroy in the process – David’s lust led him to murder, while Henry is ruthless in his pursuit of Ann Boleyn and the son she has promised him … more ruthless still when she fails to provide an heir. Wyatt too, once dangerously close to Ann himself, is caught in the slipstream of wilful power.

David’s psalms of penitence reach across the years to touch and speak to him directly. Shackled in a cell in the Tower of London, not expecting to get out alive, he thinks of his beloved falcon Lukkes, and wishes he too could fly. Lux weaves past and present into a story of love and its reach, fidelity and faith, power and poetry, for readers of Marilynne Robinson, Anne Carson, and Hilary Mantel. 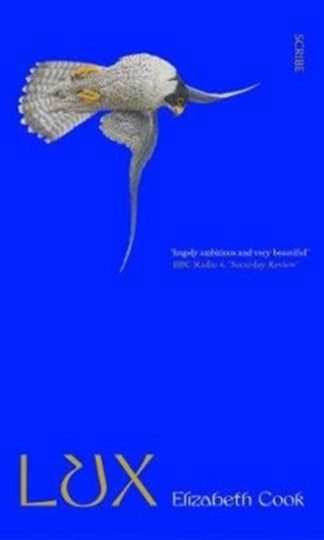 You're viewing: Lux RM59.90
Add to cart
Join Waitlist We'll alert you as soon as the product comes back in stock! Please leave your email address and quantity sought in the fields below.