Loss of Memory Is Only Temporary

A funny, fresh, and brilliantly insightful collection of stories from a beloved writer, with a new introduction by Francine Prose Johanna Kaplan’s beautifully written stories first burst on the literary scene in the late 1960s and early 1970s.

Today they have retained all of their depth, surprise, and humor–their simultaneously scathing, hilarious, and compassionate insight into character and behavior. From Miriam, home from school with the measles, to Louise, the daughter of a family that fled Vienna for the Dominican Republic, to Naomi, a young psychiatrist, her heroines are fierce, tender, funny, and cuttingly smart.

At once specific to a particular period, place, and milieu–mainly, Jewish New York in the decades after World War II–Kaplan’s stories resonate with universal significance. In this new collection, which includes both early and later stories, unforgettably vivid characters are captured in all of their forceful presence and singularity, their foolishness and their wisdom, their venality and their nobility, while, hovering in the background, the inexorable passage of time and the unending pull of memory render silent judgment.

In its pitch-perfect command of dialogue matched with interwoven subtleties of insight and feeling and a masterful control of language, Loss of Memory Is Only Temporary is itself a timeless collection of the finest work by one of the most extraordinary talents of our age. 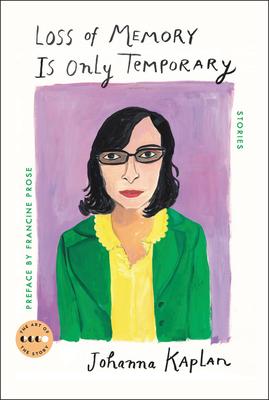 You're viewing: Loss of Memory Is Only Temporary RM79.95
Add to cart
Join Waitlist We'll alert you as soon as the product comes back in stock! Please leave your email address and quantity sought in the fields below.