“In Xanadu did Kubla Khan
A stately pleasure dome decree”

Kublai Khan lives on in the popular imagination thanks to these two lines of poetry by Coleridge. But the true story behind this legend is even more fantastic than the poem would have us believe. He inherited the second largest land empire in history from his grandfather, Genghis Khan.

He promptly set about extending this into the biggest empire the world has ever seen, extending his rule from China to Iraq, from Siberia to Afghanistan. His personal domain covered sixty-percent of all Asia, and one-fifth of the world’s land area. The West first learnt of this great Khan through the reports of Marco Polo.

Kublai had not been born to rule, but had clawed his way to leadership, achieving power only in his 40s. He had inherited Genghis Khan’s great dream of world domination. But unlike his grandfather he saw China and not Mongolia as the key to controlling power and turned Genghis’ unwieldy empire into a federation.

Using China’s great wealth, coupled with his shrewd and subtle government, he created an empire that was the greatest since the fall of Rome, and shaped the modern world as we know it today. He gave China its modern-day borders and his legacy is that country’s resurgence, and the superpower China of tomorrow. 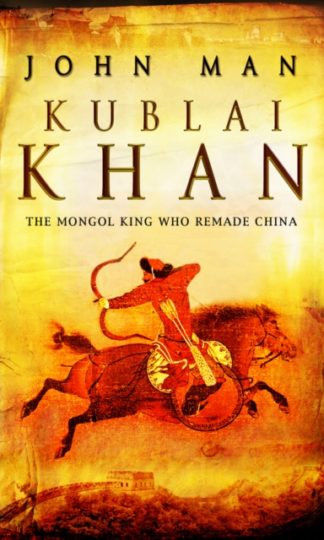 You're viewing: Kublai Khan RM57.95
Add to cart
Join Waitlist We'll alert you as soon as the product comes back in stock! Please leave your email address and quantity sought in the fields below.