How To Be a Liberal

A tour de force.’ – THE SECRET BARRISTER
‘Clear-eyed and hard-headed. His defence of liberalism is political writing at its most urgent and engaging.’ – NICK COHEN, OBSERVER COLUMNIST
‘Dunt’s gift for making complicated issues comprehensible is second to none. Courageous.’ – JAMES O’BRIEN, LBC

The authoritarian right is taking control.

From Viktor Orban in Hungary, to Brexit in Britain, to Donald Trump in America, nationalists have launched an all-out assault on liberal values. In this groundbreaking new book, political journalist Ian Dunt tells the story of liberalism, from its birth in the fight against absolute monarchy to the modern-day resistance against the new populism. In a soaring narrative that stretches from the battlefields of the English Civil War to the 2008 financial crash and beyond, this vivid, page-turning book explains the political ideas which underpin the modern world.

But it is also something much more than that – it is a rallying cry for those who still believe in freedom and reason. 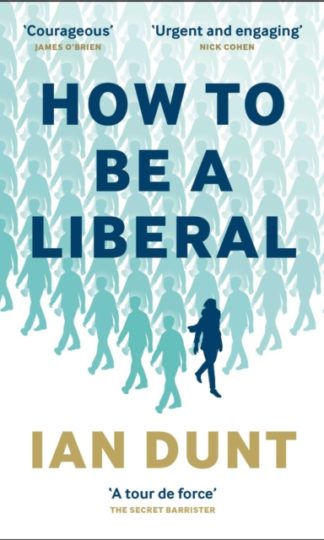 You're viewing: How To Be a Liberal RM79.90
Add to cart
Join Waitlist We'll alert you as soon as the product comes back in stock! Please leave your email address and quantity sought in the fields below.