Home Is Not Here

One of Asia’s most important public intellectuals, Wang Gungwu is best-known for his explorations of Chinese history in the long view, and for his writings on the Chinese overseas. Here the historian of grand themes turns to the intimate scale of a single life history: his own. “As someone who has studied history for much of my life, I have found the past fascinating. But it has always been some grand and even intimidating universe that I wanted to unpick and explain to myself…. While we talk grandly of the importance of history, we can be insensitive to what people felt and thought…. In time, I realized how partial my understanding of the past was.” Wang was born in Surabaya, Java, but his parents’ orientation was always to China; they had travelled to Southeast Asia to help in the education of the Chinese overseas. Wang grew up in the plural, multiethnic town of Ipoh, Malaya, now Malaysia, was educated at home in the Confucian classics and in English medium schools as a colonial subject. He proceeded from Ipoh to National Central University in Nanjing to study alongside some of the finest of his generation of Chinese undergraduates. The victory of Mao Zedong’s Communist Party interrupted his education, and he ends this volume with his return to Malaya. Wise and moving, this is a fascinating reflection on family, identity and belonging, and on the ability of the individual to find a place amidst the historical currents that have shaped Asia and the world. 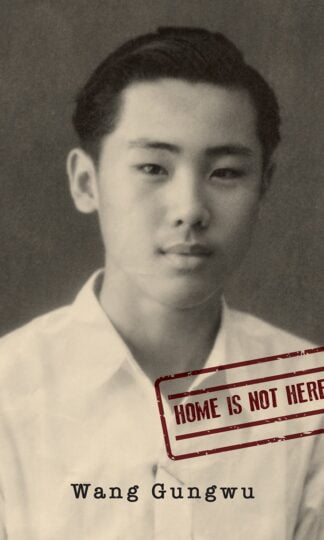 You're viewing: Home Is Not Here RM65.00
Add to cart
Join Waitlist We'll alert you as soon as the product comes back in stock! Please leave your email address and quantity sought in the fields below.