The Gurkhas – A True Story’ is a complete book for, to and by a Gurkha. It covers the Gurkhas’ story from the start to the very present albeit in brief. The book not only deals with the Gurkhas history but also its ramifications in the community as well as the nation as a whole. The Gurkhas is an institution with over 200-year-old history and renowned to the world as the brave of the braves. The Gurkhas with their famous kukri had no peers in both WW1 and WW2, and they are probably the only such force in the world which had won wars by name alone. There wasn’t a single war in which the Gurkhas didn’t fight alongside the British, and they were always at the forefront of any battles. In WW1 alone, 200,000 Gurkhas out of Nepal’s five million populations participated for the British cause, and one in ten never returned. Further 250,000 Gurkhas went alongside the British in WW2 again, and almost 33,000 men didn’t return. The Gurkhas fought in many countries like Malaysia, Singapore, Borneo, East Timor, Hong Kong, Cyprus, the Falklands, Iraq, Afghanistan, and Kosovo for the British in its 200-year-long history since then. After the end of the British reign in Asia (India, Malaysia, Singapore and eventually Hong Kong in 1997), about 3500 Gurkhas are currently serving the British Army in the UK. Also, almost a hundred thousand Gurkhas serve in various units and corps of the Indian Army while the Singapore Gurkha Contingent (GC) has 2000 and Gurkha Reserve Unit (GRU) in Brunei employs about 500 men. An Institution that lasted for more than 200 years cannot survive by bravery alone. The Gurkhas are naturally brave, no doubts about that. Outside factors such as political, social, religious, racial, and traditional also affected the Gurkhas in great deals whereas the inherited virtues such as loyalty, devotion, tenacity, hardworking, adaptability as well as being able to face difficulty with a smile made them tough from the inside. Most important, it was their upbringing that taught them to respect their elders as well as their masters made them a perfect soldier. 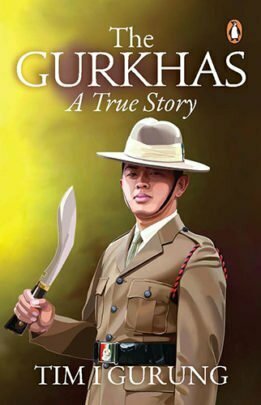 You're viewing: Gurkhas RM65.95
Add to cart
Join Waitlist We'll alert you as soon as the product comes back in stock! Please leave your email address and quantity sought in the fields below.