Emperor Mapidere was the first to unite the island kingdoms of Dara under a single banner. But now the emperor is on his deathbed, his people are exhausted by his vast, conscriptive engineering projects and his counsellors conspire only for their own gain.

Even the gods themselves are restless.

A wily, charismatic bandit and the vengeance-sworn son of a deposed duke cross paths as they each lead their own rebellion against the emperor’s brutal regime. Together, they will journey to the heart of the empire; witnessing the clash of armies, fleets of silk-draped airships, magical books and shapeshifting gods. Their unlikely friendship will drastically change the balance of power in Dara… but at what price?

THE GRACE OF KINGS is the debut novel by Hugo-, Nebula- and World Fantasy Award-winner Ken Liu and the first in an monumental new epic fantasy series. 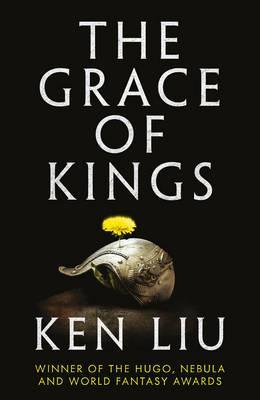 You're viewing: Grace Of Kings RM55.90
Add to cart
Join Waitlist We'll alert you as soon as the product comes back in stock! Please leave your email address and quantity sought in the fields below.