Dream Stuff is a collection of 12 stories written between 1992 and 2014. A few have appeared in various local publications and anthologies; most are being published for the first time. The stories are diverse. They range from the “short short” to the “nearly-novella”, and they take you from pre-Independence Malaya/Malaysia to “a new galactic universe 200 mega centiniums” in the future – or is it the past? In these stories you hear the voices of a variety of narrators and characters, among them an eight-year old child confused by the way adults use – or fail to use – language; a reclusive old woman hiding a dark secret; an ageless, deathless Aranean harpist, “the last and the best” on the planet Tarron. They invite you to enter their worlds and share their dreams – daydreams, night dreams, haunting dreams, dreams verging on nightmares, nightmares that become their lives, and lives that become nightmares. Dreamstuff. 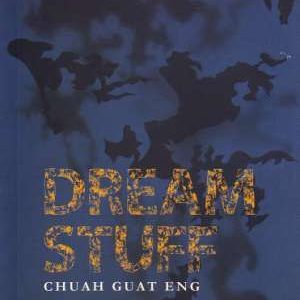 You're viewing: Dream Stuff RM25.00
Add to cart
Join Waitlist We'll alert you as soon as the product comes back in stock! Please leave your email address and quantity sought in the fields below.