This restored edition, produced in partnership with the Berkeley Art Museum and Pacific Film Archive (BAMPFA), reflects Cha’s original vision for the book as an art object in its authentic form, featuring: The original coverHigh-quality reproductions of the interior layoutDictee tells the story of several women: the Korean revolutionary Yu Guan Soon, Joan of Arc, Demeter and Persephone, Cha’s mother Hyung Soon Huo (a Korean born in Manchuria to first-generation Korean exiles), and Cha herself. This dynamic autobiography: Structures the story in nine parts around the Greek MusesDeploys a variety of texts, documents, images, and forms of address and inquiryLinks the women’s stories to explore the trauma of dislocation and the fragmentation of memory it causes The result is an enduringly powerful, beautiful, unparalleled work. 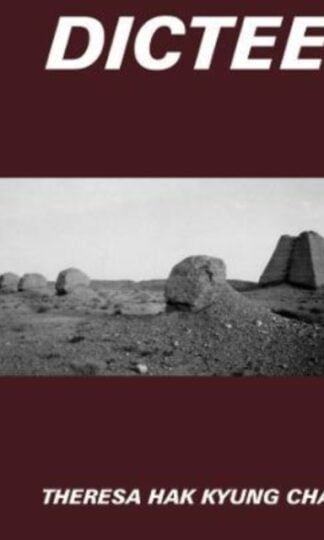 You're viewing: Dictee RM98.90
Add to cart
Join Waitlist We'll alert you as soon as the product comes back in stock! Please leave your email address and quantity sought in the fields below.